We understand that artists have limited budgets and that devoting money to publicity and promotion is sometimes a tough choice. In the spirit of transparency and pride, here are some recent media placements from 2020-2021. Even though it has been a tough few years for the arts, we are still successfully landing high profile media placements for our clients. See below, enjoy, and join us in celebrating our clients’ accomplishments. Feel free to reach out with any questions.

“Argentinian composer [Bottiroli] deserves a wider audience. […]Thanks to his championing by gifted pianist Fabio Banegas, the world can come to its own conclusions about the output of this late-inning romanticist. […]Banegas delicately balances it all“

“Banegas is an excellent interpreter of these works and has been a dedicatee of the Six Album Pieces. It would seem his skill would be equally adept at other earlier 20th Century Impressionist composers and perhaps he will turn his attention there once he has completed recording the works of Bottiroli. What we have here though is a fine collection of colorful, relaxing works for piano that may entice listeners to continue to join him on these explorations of this Argentinian composer.“

The album also was also kindly featured and embraced by the Star Trek community, with shoutouts from both Roddenberry and Daily Star Trek News — the latter of whom featured the album on their podcast.

Additionally, Peter McDowell hosted a highly successful Q&A session with Fabio Banegas; and the album has been the subject of much Argentinean press, and has been included in various music libraries internationally, notably by BBC Radio 3’s In Tune and All Classical Portland. 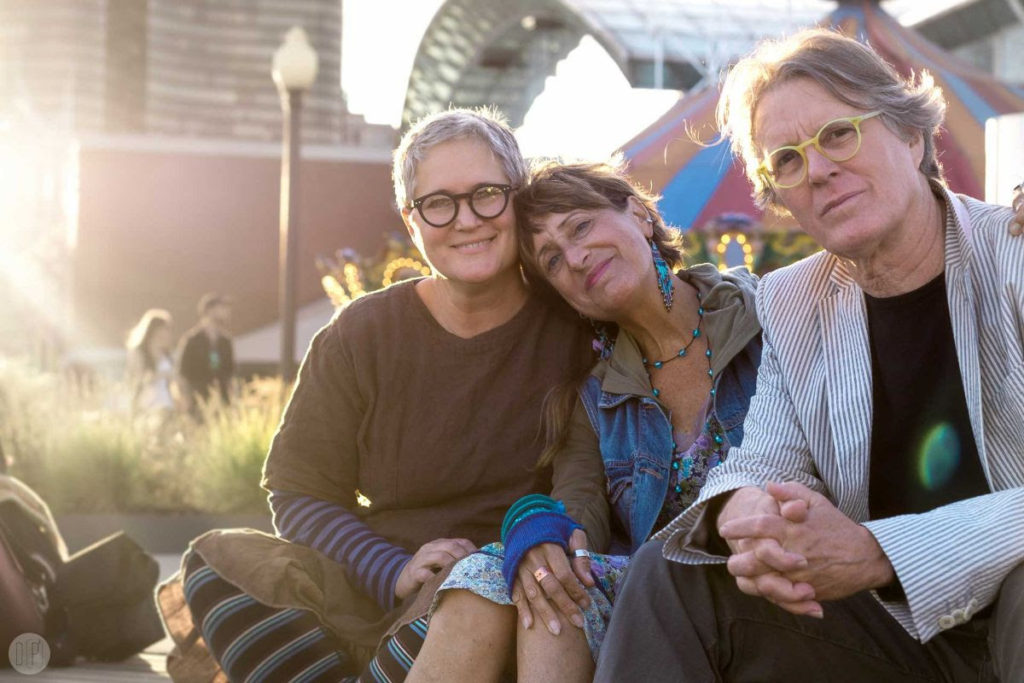 “This album is informed by the experiences of the band, but it’s not about any particular place in time. That timelessness is what raises these songs to something approaching spectacular. Sometimes experience is everything.“

“If you think you know this group their 30th anni disc will change your mind about that. Still mining the quirky vein, they have a whole different sound and vibe going on here with an almost dark, spiritual overtone underpinning the proceedings. Pulling folk in to the future, they’re still singer/songwriters at the core but this outing sets new standards easily that others will want to follow. Some real grown up music for real grown ups.“

Sons has also received the attention of New City with Robert Rodi (who dubbed the album “incandescent“), and of multi-disciplinary musician Michael Miles, who wrote a kind reflection/essay on the group and the album.
The album has been a bit of a runaway success on folk stations around the world, with multiple plays on programs like WFMT’s Midnight Special, WNUR’s Folk Show, WGDR’s Acoustic Harmony, and New Zealand’s Radio Kidnappers’ Folk on Sunday.

“This is one of the strangest albums I’ve heard in a while. Tim Motzer and Fides Krucker have really created something indescribable with this improvisatory composition release. […] I am blown away at Fides’ total spiritual and vocal freedom. It is clear that her body and mind do not inhibit her ability to express herself. That’s really the magic of this album.“

“On this first album together, Krucker and Motzer dare to use the principle of instant composing. [..] In this case, it manifests itself in such a way that guitar sounds do not necessarily sound like guitar sounds and all vocal contributions are non-verbal. […] The results are stylistically beyond, onomatopoeic ambient tracks that were conceived as “Sonic Films”, which most closely resemble the more elegiac compositions.”

The album and artists were the subjects of several features, including articles by Esthetic Lens, Vents Magazine, and the highly respected Fifteen Questions, where Krucker talked at length about her remarkable vocal artistry.
The album also received pre-release acknowledgments from the likes of Whole Note (calling it “melodically lush“) and All About Jazz; and has been included in the libraries of the Canadian Music Centre, the University of Alberta, and the CBC.

“Perpetual Motion Etudes for Piano more than lives up to its name with nine distinct studies that travel with a seemingly endless flow of creativity—ever at rest until every excursion’s double bar is reached. […] The master’s brush can be heard and felt in [pieces like] “Van Gogh’s Dream.” […] Who could ask for anything more?“

“Challenging, yet accessible, with polyrhythms and thickly textured voicings serving as the main [exploration].  […] A gem of the new decade.”

Siskind received several shoutouts during his album campaign, from both Downbeat and WBGO lending their support to his livestream shows (in lieu of the pandemically delayed Carnegie Hall performance and world tour), to the late, venerable jazz critic W. Royal Stokes saying it was “a pleasure to listen to.”

Siskind was also the subject of several interviews, including NeonJazz, and celebrated jazz writers Raul da Gama and Debbie Burke. The album is also in the libraries of MPR, WPR, KQAC, and KCRW.

“[A] wide and wonderful variety of compositions on [this] superbly recorded Albany Records CD. […] Claman has given us gems. […] I would strongly recommend Gradus to anyone who cares about new musics in all its contemporary forms.“

“So relevant poetic and depictive spoken and sung texts mingle with tonal drone and primal tonality, very Post-Romantic, Indian and adagio expressiveness, shifting ratio temporality, in a very stimulating and fascinatingly contrasting program that exudes a lyricality without the trappings of sentimentality and so sounding futuristic in its own way, in an aurally singular way. […] Claman has his own stylistic parameters and they are very nice to ponder. Bravo! Do hear this one.“

Claman was also featured in interviews with Vents Magazine and Florida International University’s Listening Closely podcast and seminar. Moreover, noted New Music composer James Ricci lent a testimonial stating that, “As an informed contemporary composer of our global age, [Claman] draws inspiration from many aspects of culture, history, and style – but with respect, integrity, and a deep understanding of the intricacies that form the basis of music as a unique vehicle of human communication.  The roster of musicians on this album is impressive.  This is a fine collection of interesting and compelling works.”

Gradus is in the collection of various academic libraries, including the Hollins Univeristy, Tufts College, Lehman College, and Toronto Public Library; and has been championed by forward-thinking radio stations like WRUV in Vermont.