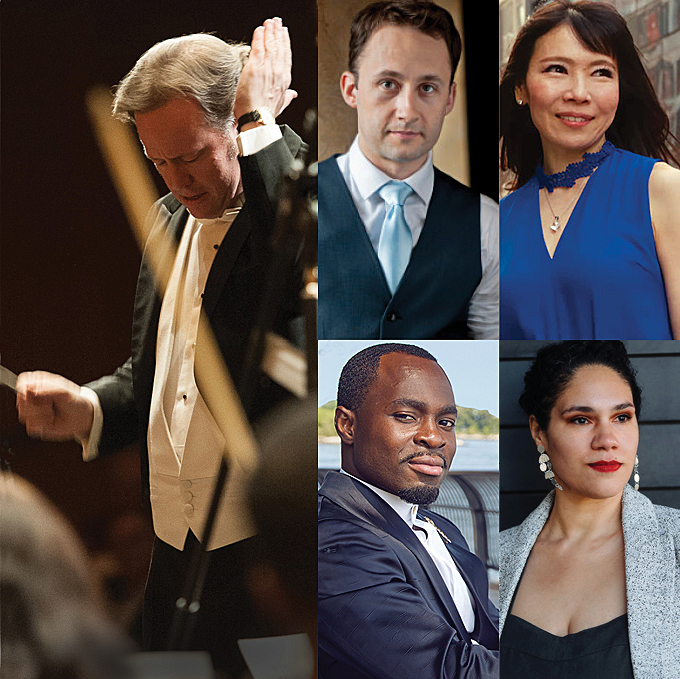 Modus Opera Orchestra (MOO) is comprised of some of the finest players in the New York City area. Led by internationally acclaimed conductor Justin Bischof, their concerts have been met with critical acclaim and a dedicated audience following.  Many players have gone on to perform with major ensembles including Berlin’s Konzerthaus Orchestra, Cleveland Orchestra, Hong Kong Philharmonic, Seattle Symphony and St. Paul’s Chamber Orchestra.

Founded by Artistic Director Justin Bischof, MOO began as the Canadian Chamber Orchestra of New York City CCO/NYC. The orchestra’s debut was at Carnegie Hall’s Weill Recital Hall in 2007 as part of the Variety NYC Opera Trash Benefit which raised money for children in need in the tri-state area. They made their Le Poisson Rouge debut with internationally acclaimed Canadian mezzo Ariana Chris in the same program. They returned to LPR in a program of Shostakovich, Strauss and Bischof. They were the resident orchestra for Modus Opera (click here) performed all of the Mozart/Da Ponte operas in fully staged productions with orchestra as well as various recitals showcasing up and coming opera singers in many venues.

MOO’s mission is to provide the opportunity for the finest freelance musicians in New York City to perform, at the highest artistic level, the staples of the great symphonic and operatic repertory as well as contemporary works and world premieres with their colleagues.

MOO was in residency at the historic Church of St. James the Less for 11 years in Scarsdale, NY where they performed several times annually. They are now the resident orchestra in New York City at St. Mary Church.