Inspired by the Joan Didion quote, “I think we are well advised to keep on nodding terms with the people we used to be, whether we find them attractive company or not,” Kumar’s Nodding Terms in its entirety is slated for self-release by Kumar in Spring 2022. The album centers on the notion of allowing influences and musical sensibilities from all stages, experiences, and memories to coexist. It aims to counter the convention that one needs just one sound or story—that a conversation of ideas is far more fulfilling. 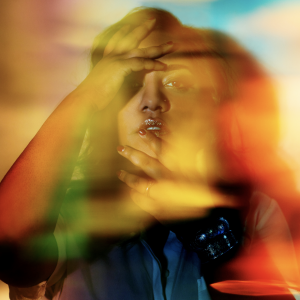 Lead single SALT (7 minutes, 43 seconds) explores nuance and delivery with cinematic flair. With bends, flutters, and smart dynamics, this instrumental work finds the artist asking how many ways can a single idea be expressed. Recorded at Church Studios in London by the London Contemporary Orchestra, conducted by Hugh Brunt (Radiohead, Foals), SALT weaves strings, synths, and innovative production to get the most of an emotional arc. Kumar observes, “A simple idea delivered with slight differences can provide entirely different meanings to those listening.”

Kumar’s concept is driven by many takes on defining ‘salt’: as an abundant edible crystal compound; an adjective once used to mean lustful or lascivious, now taken as down-to-earth, coarse, embittered, or sassy; and with gravity, the 1930 Salt March (also known as the Salt Satyagraha or Dandi March), which was an act of nonviolent civil disobedience in colonial India led by Mohandas Gandhi — a moment in time that directly inspired this piece’s presentation and form.

While SALT delves into the expressions that suggest varying meanings from the same thought, LAST CALL (its counterpart featuring Zimbabwean-American singer-songwriter Shungudzo, to be released shortly) delves into the parallel obsession with searching for meaning in every thought.

“I find it an exciting way to introduce many musical elements to a potentially wider audience,” adds Kumar. “Making this record over lockdown with people all over the world and such an incredible group of collaborators — it’s been really unique in the sense of its aim to completely mix/eliminate genre.” Kumar will release these works in couples until the full album is released in the Spring.